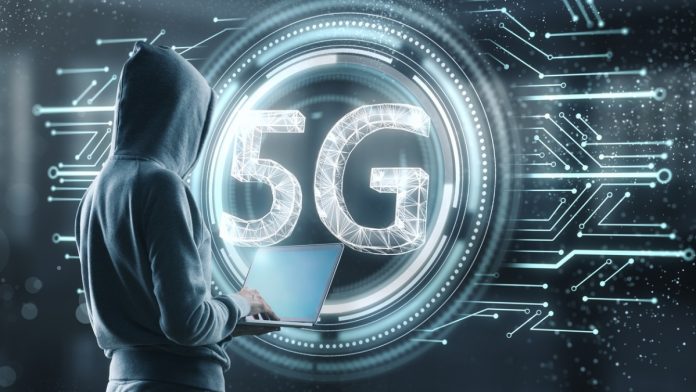 When the world gives you 5G, give your body Energy Medicine

Every ten years it happens—another new cellular standard emerges. Roughly a decade ago, 4G, with its faster speeds and better reliability, replaced 3G. And about a decade before that, there was 2G.

Despite the decades between the upgrades, cellular technology still moves faster and with more money behind it than the research and testing that support its safety.  Currently, there is no U.S. federal health agency that has done a proper systematic review of the current scientific research on wireless or its newest generation. This means we don’t really know how the massive amounts of higher-energy photons streaming through our houses and bodies affect our wellbeing. But we do know this: There are so many man-made electromagnetic frequencies in the world today that it’s hard to maintain our human 40-hertz frequency.

According to Bloomberg, Chicago was one of Verizon’s first targets for 5G technology. With claims of reduced network congestion and the ability for users to download multiple movies in minutes, perhaps it’s important to highlight what the proponents of 5G aren’t promoting. Namely, 5G utilizes millimeter wave technology, with wavelengths that range between 1 and 10 mm. It can also encompass ultra-high frequency radio waves between 300 MHz to more than 3 GHz. That’s millions to billions times stronger than our 40 Hz bodies. And we don’t know how these affect our bodies. At last the FCC has high-band spectrums as high as 47GHz coming in to the market.

To ensure a healthy future for both our minds and bodies, legislation is key. Supporting legislators who support Senate Bill 2012, which restores local and state control over local infrastructure, is one way we can keep decisions about the health and safety of our communities local.

Illinois State Representative Deanne Mazzochi, who represents Elmhurst, Hinsdale, Western Springs, Oak Brook, Clarendon Hills, and other towns, argues we have a right to know more about 5G. She has recently proposed legislation that would require reliable information about the new technology and also protect residents from a proliferation of 5G equipment. House Bill 5818, the Protect Me From 5G Act, would ensure wireless companies provide a plan to monitor and record daily levels of radio frequency emissions produced by 5G equipment, analyze noise levels, and allow local governments to suggest new wireless antennas be placed on existing poles to limit the number of new installations. The bill would also help verify that all FCC standards are followed.

Speaking at a recent press conference about Bill 5818, Clarendon Hills Village President Len Austin asked for more transparency about how telecommunication companies plan to install 5G infrastructure. The Chicago Tribune reported that current legislation allows companies to put cell poles and antennas wherever they wish, with no input from local government, which could cause blight due to the technology’s need for the placement of many antenna towers.

But until legislation is passed to protect us from 5G’s unknowns, energy medicine can. In fact, energy medicine is uniquely qualified to manage electromagnetic pollution anxiety. According to Albert Szent-Gyorgyi, a biochemist and Nobel Prize winner, “In every medical tradition before ours, healing was accomplished by moving energy.”

When the body is viewed as an energy field, powerful healing approaches open up. By manipulating the flow of energy that courses through our bodies at specific energy points, we can balance the body’s electromagnetic field—even if 5G has thrown off its equilibrium—and allow health and healing to happen.

Energy medicine focuses on frequencies among other things; it concerns itself with the ways specific vibrations are emitted and absorbed. Which means its methods are the perfect natural remedy to the negative effects of 5G because they employ energy from natural sources to counter it, such as the human hand or from substances found in nature.

According to Clint Ober, Stephen T. Sinatra, M.D., and Martin Zurich, authors of Earthing: The Most Important Health Discovery Ever!, “The earth is like a gigantic battery that contains a natural, subtle electrical charge—a special kind of energy present in the ground. When you are electrically grounded, you feel centered, solid, strong, balanced, less tense and less stressed.”

So if you want to feel free from 5G, start with these grounding and energy exercises and then make an appointment with a local energy medicine specialist, who will be able to recommend customized treatments based on your body’s energy imbalances. And then contact your local representative to give your support for Illinois Bill 5818, or your national representative to give your support to Bill 2012.

Some helpful tips to decrease your exposure: Keep laptops and cell phones at least a few inches away from your body, Put your phone on airplane mode when not in use or at night while its on your nightstand next to your head and use speaker phone and air tube headsets to minimize the radiation entering your head.